I started out with a task that I’d set for myself: to organize my four email accounts, which meant deleting both the read and the irrelevant and then saving many to file folders – 4,000+! 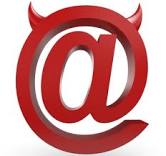 Without realizing that it was so close to midnight, I took a break, went outside to the porch, and called my sister. We talked, with her daughter in the background laughing, and I told her the story of how I drove to Times Square in the early ‘70s, with 3 friends, on New Year’s Eve, when I was a relatively new New Yorker. What a crazy decision, to drive. One of my friends was wearing a cheap rabbit jacket, so not only did we have to contend with car and pedestrian traffic, but also with rabbit fur taking over the space of my small Toyota. In our eyes and noses!

Not long after, my sister could hear guns going off (!) where she was – Pittsburgh – and I heard the same, with the beating of pans in my neighborhood – Brooklyn – and realized that 2013 had arrived. It was a pleasant surprise. We went on to discuss the craziness of shooting into the air, laughing at the stupidity of it all.

An hour later, I returned to my email clean up, and I’m happy to report that it’s all done – nicely organized email accounts to start the new year off with.

What Day Is It?

Sixty-four and Counting Down! Or Up!

What I’ve Written So Far

I’m a Member of Bloggers.com

And I’m a Member of Blogging Women

Support Unions and Stand Up to Wage Slavery

Powered by BlogCatalog
my read shelf:

Transcendence: Healing and Transformation Through Transcendental Meditation by Norman E. Rosenthal
My rating: 5 of 5 stars

Dr. Rosenthal, a pioneer researcher in seasonal affective disorder (SAD), has written a comprehensive overview of transcendental meditation, complete with citations of studies and research and personal experience. From time to time, it slips into the infomercial space, but all in all, if you want to know about transcendental meditation, this is the book. If you want to know more about TM, how it differs from other forms of meditation, and what its beneficial aspects are, I recommend this book, But remember, it's not instructional -- it's informational.

View all my reviews

I Love My Mother - but I Want My Life Back!

your daily dose of Golden Retriever news, info, and cuteness!

The misadventures of Allaya, her husband, and their dog as they explore life, yoga and New York City.

Cristian Mihai
The Task at Hand

A Writer's On-Going Search for Just the Right Words

The Art and Craft of Blogging

a blog about grammar, punctuation, vocabulary, and sometimes cats

Nothing but an induced epidemic!